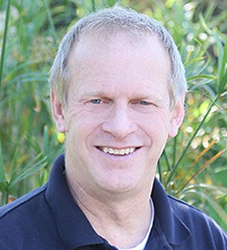 Forward by Caprice Murray, Tensoft Director of Sales and Marketing: This blog post was originally published on July 24, 2013 . Brian has since moved back to CO and is working for Jabil, but we thought that his insight here is just too good to get archived. Enjoy!

Acquisitions can be a messy, complicated, and stressful process, especially when it’s the result of an unsolicited tender offer. I went through this a few years ago, at a public semiconductor company with about $60-70 million in revenue. Since then, I joined Tensoft as its Semiconductor Industry Lead, and co-presented at a session on mergers and acquisitions at Momentum, the annual Tensoft FSM User Conference. This was such a popular session that we thought that it might also be of interest to readers here.

Just to give you a little background, we had received a proposal privately from the acquiring company a year prior to their unsolicited public offer. Our Board of Directors declined this initial offer. Last year, however, the acquiring company made a public offer, sending a letter to all of our shareholders. Our board was forced to hire investment bankers, PR firms, lawyers, etc. to evaluate the company’s value and come up with suggestions moving forward. Of course, this was extremely expensive and time consuming, and we had to supply an enormous amount of information very quickly.

In my role as a financial planner and analyst, I was right here in the middle of the process, working on coming up with five year production and marketing plans, among many other things . Our goal was to avoid the acquisition, but to do so we needed money, and to get that, we needed more customers. Trying to expand the company under these circumstances was challenging, to say the least. Customers knew that we may get acquired, and the acquiring company gave no indication on whether they planned to expand our product or phase us out. As a result, nobody wanted to give us any money, and who can blame them for that? To add to our troubles, we had to try to retain our best people who were understandably spooked and looking elsewhere for work. To sum it up, we had increasing costs, with little revenue, few interested customers, and employees who were trying to leave.

In the end, after turning down two lower offers, my company’s board finally had to recommend that our stockholders tender their shares. The acquiring company announced a successful completion and took us over.

So, you might be wondering how we got in a position to allow this to happen? Certainly one key factor was that we had been going through a fab transition that was taking longer than expected. As a result, we were faced with an inventory shortage. Although we brought in another supplier to meet demand, our customers knew that we were allocating parts, so they began to place orders that were 2-3 times the size of what they actually needed, to ensure that they would get the parts they needed. This is a common strategy in our industry, but it meant that we were faced with massive shortages. And, when our new fab went into place, the situation quickly reversed – we were now faced with a large surplus from the artificially large orders, plus a substantial build-up of inventory that we couldn’t sell. As a result, all our cash was tied up in the surplus. Although we were taking steps to remedy this, we just weren’t able to turn things around quickly enough.

Hopefully your company will never have to deal with a hostile takeover bid, but my advice is to plan ahead and have a well thought out offensive strategy for dealing with this possibility.

For more information about Tensoft’s products and services, please contact us.

So, you’ve looked through the product information here on our website, and now you’d like to see a live demo, or get some questions answered. Just click below or contact us to get started!