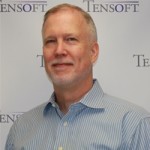 The following is a transcript of the video clip below, which was taken from the Tensoft SemiOps (previously known as Tensoft FSM) customer webcast entitled “Standard Cost: Theory and Practice in Tensoft FSM,” featuring Bob Scarborough, Tensoft’s CEO. This complimentary training was originally presented live for Tensoft SemiOps customers. Since the instructional material covered in […]

So, you’ve looked through the product information here on our website, and now you’d like to see a live demo, or get some questions answered. Just click below or contact us to get started!

Do not sell my info